Journey of my soul
Spiritual blog
0

Only heat no light 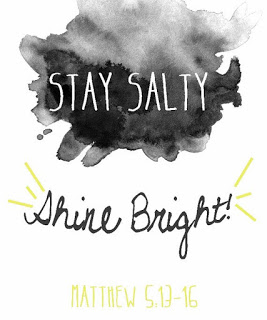 The Christian world is so caught up on right and wrong, torn between traditionalism and new age doctrine that they have forgotten that every believer’s life is like a city on a hill – the light that is so visible to people miles away. Our lives are a living testimony to what the saving grace and transforming love of Christ could do to a person.
Think about it.......
A dad playing with his little girl, wants her to put back a picture torn into pieces. After a few minutes she gets it done, a picture of the country. Surprised, her dad asks How? She replied that there was a picture of Jesus on the back and when I put him back, our country just came together. Duh!! And it goes on to say ‘Repost if you agree’. And a type Amen.
Another scene: You wake up to a choked up phone because someone, in some part of the world asked ‘Did Jesus really rise up from the dead?’ and the whatsapp groups you are a part of, took it upon themselves to prove this point. The hordes of images, videos and the never ending rants has crashed your phone. Someone’s careless words about the existence of Jesus or  his resurrection sends the believers’ fraternity into a frenzy, working overtime defending what needs no defense.
Then there is this group of people who have nominated themselves to be watchmen and gatekeepers, who are spending their every waking moment trying to see if the preachers and pastors are treading on ‘hyper grace’ or ‘blessed life in Christ’. There are videos warning the Christian masses against false teaching and the out of line preaching.

Still others who profess that the saving grace of god will most definitely save you but then be careful about what you wear, eat, drink and watch. One slip and you could be a prime candidate at the gates of hell. They insist that you demarcate yourself from the rest of the wold the day you accept Christ as your personal Saviour, wear on a uniform that is cut to specification, get on a diet and a unsubscribe yourself from anything that is fun.

The constant messages and tit bits on Whatsapp has reduced spirituality to mere five minute duty where caring and sharing stops with forwarding messages and typing Amen. On the other hand a group of people who insist on 'spiritual' gatherings  thrusting upon helpless congregation, long meaningless messages which are at times as cruel as whiplashes and blatant condemnation and in some cases where the once spiritual leaders are dishing out half-baked truth.

When would we all practice what we preach and start living the gospel in our very lives? Imagine what all this would like to people on the outside – to a new believer? To the onlookers I’m sure it looks like a big circus and a walk in the jungle to those who dare to venture/heed to the call to follow this faith.

Not to forget the ‘social media evangelists’ the ones who talk in depth about their ironic 'personal' achievements in God's ministry as  updates that fellow believers should know; they seem to be trying too hard to get their 15 mins of fame every other day.  What’s the point in all this meaningless social media propaganda, wearing the grab of evangelism (for ourselves/themselves?) hiding behind the "great commission" but literally taking the 'commissions' / self- glorification as a bargain? Is the Social Media evangelism reaching the real society or is it just an all glow but no glory ministry?

I sincerely believe that every believer, irrespective of the means they adopt, intends to preach the gospel. But in our efforts to spread the truth, we’ve seemingly lost sight of what lays the foundation of a liberated life. I believe that the one truth that ‘Christ died to set me free’ liberates me from sin and every form of slavery; this is the hope of eternal life. One needs to add nothing more to this or we esteem not the cross enough.

The result of all this is – we have a bunch of people who are traditional, the constant debaters, the glory preachers, watchmen and the law keepers walking three inches above the ground and whiners crawling on the ground looking for sympathy because they are "holy"; but in reality have become a group of people who are nothing but dead wood seemingly ‘on fire giving out a lot of dangerous heat but apparently no light’.

If each of us could pause for a moment and learn from what Jesus did while he preached about the Kingdom of God, we’d cause a ripple effect that would leave no person untouched. It is by living a truly liberated life that spreads the sweet fragrance of unconditional love; a life that demonstrates love, joy, peace, patience, kindness, goodness, faithfulness, gentleness, and self-control, we would be pointing the easiest way to Jesus. This I bet is the surest way to impact the life of a neighbour or a co-worker. Each one of us would become the can’t-be-missed billboards proclaiming the God we serve without being vocal about it. Each one of us will be living the Grand Commission, in its truest sense.

While the Holy Spirit works on our lives, helping us to be more Christ-like in our very nature, God uses our lives to impact those around us. The love of God that fills our heart and lives generates a warmth that could thaw a friend’s cold heart. The countenance that comes as a result of peace, could shine light to a teenager who’s lost his way. The righteousness of Christ in our lives would cause our children to live a life to please god. Isn’t this an easier way to point to the God we serve? I reckon it is better to preach Christ crucified than to talk about our feelings about the Christ we know.

John Calvin says 'Man's mind is the store house of idolatry and superstition; so much so that if a man believes his own mind it is certain that he will forsake God and forge some idol in his own mind'. Who is the God we are selling to the world?

Disclaimer: These are thoughts that's spilled on to paper, in conversation with friends. I do not write this representing any organization or church or fellowship.
Subscribe

I began journaling with the intention to pass on what I learnt to my children. That’s when I realised that it is not just for our own that we learn from what life has to offer, but to pass on the lessons just so it would edify and strengthen at least one other soul. With this began ‘Journey of my Life – my soul revelation’.